How do immigrants learn English?

Do you speak the language of your grandparents?

Many people in the United States—whether immigrant or native-born—view the ability to speak English as key to American identity. What is more complicated is the way in which some Americans tend to valorize turn of the 20th century immigrants’ ability to learn English, and to learn it quickly. Your Story Our Story contributors show how language, and the learning of language, has always been a complicated and fascinating process. In many families, language issues are not just about how to learn English, but how to retain one’s native language for the next generation(s). The stories show how we need to view language acquisition over time, and in the context of people’s daily and work lives.

Second-generation high school and college students have uploaded worn dictionaries to the website to depict parents’ efforts learning English. The parents, who had arrived as teenagers or young adults, eventually gained language proficiency. But the children recall vividly that dictionaries were long part of daily life.

The dictionaries also encourage second generation immigrants to reflect on parental languages. In the story about a Chinese-English dictionary, Annie's father worked installing heating and air conditioners, saving money to send for his wife, mother, and sisters. He purchased the dictionary for daily use, and she recalls how he kept it close to him as he surveyed blueprints at night. While her father worked translating his blueprints, she grew intrigued by his Chinese characters: “I would always be amazed at the different characters in the book. Often times I would point to a particularly nice looking one and ask him what it was. He would look at me and say he’d tell me after I finished my homework. When we were both finally done with our work we would sit side by side and he would tell me what the characters meant as well as writing it neatly on a scrap piece of paper.” That her father only taught her Chinese after she had finished her American homework also reflects how new priorities could lead to the loss of old ways, and families' struggles to become, or remain, bilingual. 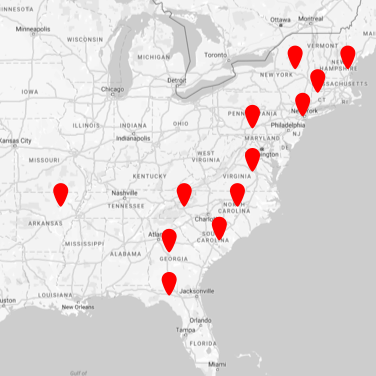 All the evidence shows that at least the children of immigrants make the switch to English dominance very effectively, at least by the second generation. Maybe not instantly, but they're speaking English. America is the graveyard of languages

Help us tell a more complete story of American immigration and migration by contributing a family object story to the collection.
Add your story +
Add a group +

Locations By location
Gallery By object